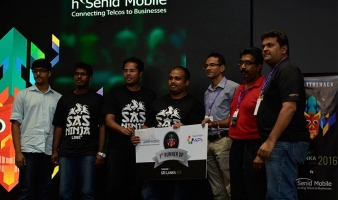 
According to statistics of Ministry of Transportation & Civil Aviation in Sri Lanka, 1 in 25 adult drivers (aged 18 years or older) have fallen asleep while driving. Drowsy driving was responsible for 72,000 crashes, 44,000 injuries, and 800 deaths in the year 2013.

Being fatigued significantly increases the risk of a crash. Drowsy driving have become an intensive topic receiving a close review at present worldwide. The risk, danger, and often tragic results of drowsy driving are alarming. Drowsiness makes drivers less able to pay attention to the road, slows reaction time, (impairs the ability to respond quickly in a dangerous situation).


Team SAS Ninja came up with an innovative solution to overcome this issue by introducing a smart optic wearable to alert the driver and his/her kin as a precaution for a possible accident.

iWRAP is a solution that functions on a simple Bluetooth module which is connected to the driver’s mobile phone that will get triggered from the optic wearable. The Bluetooth module is modified with custom AT commands on functionality requirements. The triggering will happen when the frequency of eye blinking rises which will perform different functionalities such as, 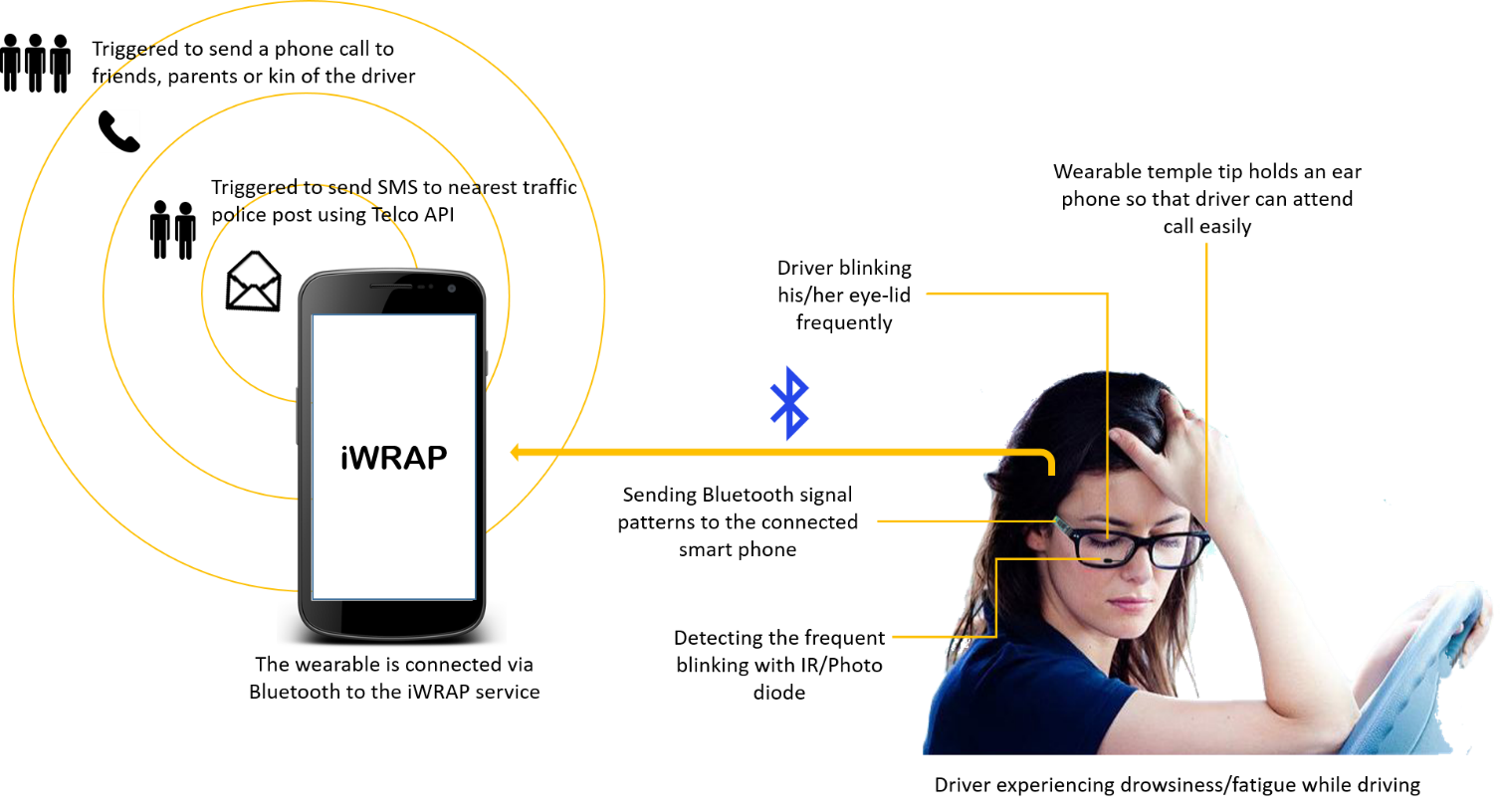 This app will act as an AI assistant to notify the user in danger situation by analyzing drivers’ fatigue or drowsy condition and giving suggestion accordingly. The wearable will detect the eye lid movement and blinking rate and sends Bluetooth signal patterns to perform various tasks through the mobile phone. It will either play music from phone, suggests stop point such as restaurants, motels or give voice commands to the drivers.


The hinge and the nose-pad of the spectacle will hold the relevant sensors to track lid movement. Main processing system (Modified Bluetooth Module) will be on the temple part of the spectacle.


The aptly called “iWRAP Glass” by the team will become an everyday wearable where people will have confidence wearing and driving anytime anywhere. This will be a unique value preposition to all the drivers who struggle with drowsiness and fatigue.